National Endowment for the Arts - Magic Realism in Taxco, Mexico 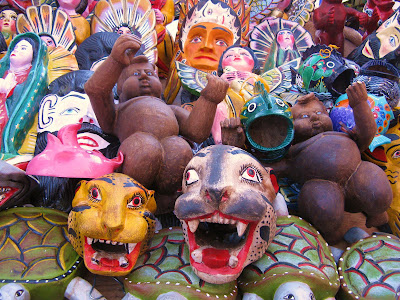 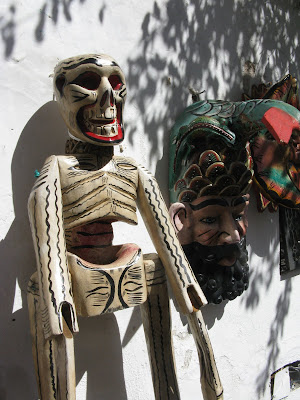 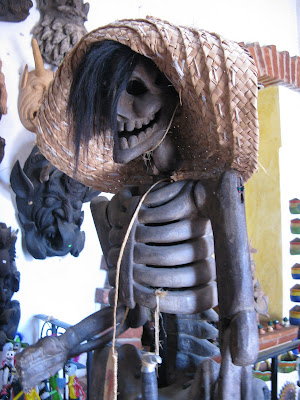 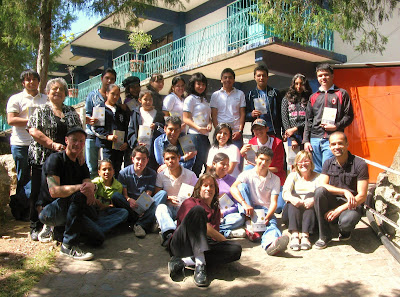 [Our National Endowment for the Arts project team and participating young artists in Taxco, Mexico]


Have you ever had a time in your life when there seemed to be a beautiful, poetic theme that ran through everything? This time last year, I had a remarkable opportunity to experience that sense of unity and spiritual connectedness...
I received a travel grant from the N.E.A., the National Endowment for the Arts, to participate in an art and literacy program called "The Big Read." The theme was "Magic Realism in Mexican Literature."

"Magic Realism" is a term that was originally coined to describe the haunting, dreamlike writings of a truly brilliant generation of Mexican authors who came of age during the transitional years of the revolution. Octavio Paz, Juan Rulfo,
were being celebrated in a special volume of their collected works called : Sol, Piedro Y Sombras, translated as "Sun, Stone and Shadow." We were asked by Olga Garay, the General Manager of the City of Los Angeles Department of Cultural Affairs, to create a visual Arts and Literacy project which would enhance the National Endowment's mission. One component would be to travel to Taxco, in Guerrero, Mexico, undertake the project with youth from the local schools. The dream-like themes we were going to be exploring in the Book were often related with images of transition and death.

Almost all stories we would be teaching carried overtones of journeys to the spirit world... 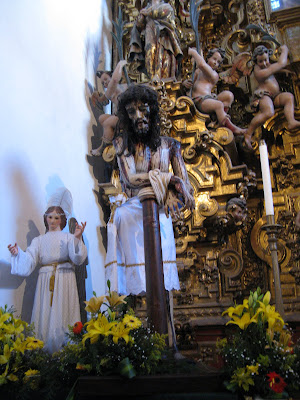 And during this time, my own Father was dying in the hospital, his body trying to recover after a debilitating stroke. My family had agreed that my Father would not have wanted me to miss this honored opportunity, so I continued with the planned trip, with my heart torn, but fully alive with passion.

Taxco is a gorgeous, rich Spanish-colonial town in the mountains of Guerrero, south of Mexico City. After introducing the ideas of "Magic Realism" in literature, and "Surrealism" in visual arts, we had students read Piedo, Sol, Y Sombras. They each chose a favorite story, or author, and designed a block print using imagery from the text. 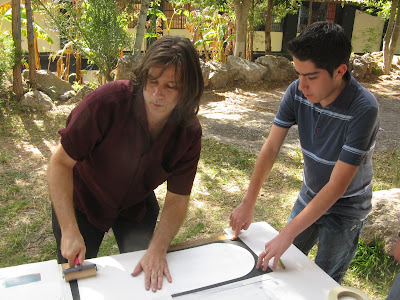 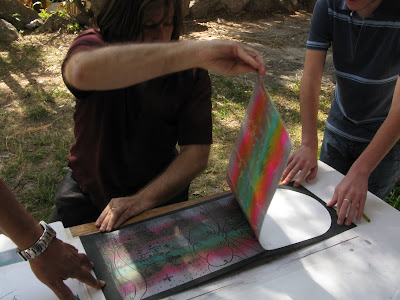 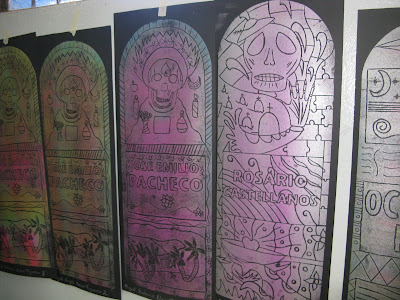 The resulting artworks were displayed at the Bridge Gallery in City Hall, Los Angeles
Posted by John Paul Thornton at 1:36 PM