The Spirit of Children 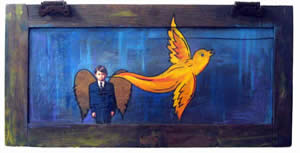 ["Where To Now?" By David Andres Kietzman]

Visitors entering the gallery at Avenue 50 Studio in Highland Park, Los Angeles, were met with a space lit with candles and decorated with vases of marigolds. Groups slowly moved from piece to piece, or lingered to absorb the unapologetically heavy content.
An art show about remembering the souls of dead children? Most gallery directors would never approach such a theme for purely commercial reasons. Others might try but would instead produce a show laden with treacle, diverting the viewer from responses deeper and more constructive than tears and grief.

Kathy Mas-Gallegos is the well-known Director of Avenue 50 studio. She has approached this difficult theme with dignity, poetry and dry-eyed honesty, currating an exhibition that relates to the Mexican celebration of Dias De Los Muertos while providing social reflection and urgency. Ten artists were asked to produce work that commemorates, celebrates or mourns children and youth who have died an untimely death due to preventable disease, gang violence, abuse, and/or war. Ultimately this is an emotionally wrenching show.


The full name of the exhibition is "Miccailhuitontli - Spirit of the Children."

Say "Mick-Hail-Wheat-Tont-Lee", and you are pronouncing a word that dates from Aztec times. As Director of Avenue 50 Studio, Kathy Mas-Gallegos posted this descriptive statement about the theme of the show and it's origins:

"“Miccailhuitontli -— Spirit of the Children, a Mejica traditional celebration of DiŒa de los Angelitos.
According to the system of beliefs in deities particularly of the Mejica Aztecs, gods ruled parts of the earth, heavens and underground. Along with this, there were times during the year at which they honored these gods or the people they served. Miccailhuitontli represents a period of time in which deceased children were held in reverence. Miccailhuitontli was presided over by the goddess Mictecacihuatl, lady of the dead.

As malevolent conditions in our world intensify, affecting the spirit and consciousness of our children - our future - is being destroyed. We honor these fallen children by bringing to the forefront those conditions that have wrought havoc in their young lives: war, gang violence, hatred, abuse, and preventable disease. We honor these fallen children in the hope that someone, or two or three, will hear and understand that only through determined action will crimes against children significantly decrease."

Betsy Lohrer Hall Dominates a main wall with what appears at first to be the installation of a shower of leaves, or many hanging branches of a weeping willow. Her "Lost and Missing Tree" is actually hundreds of squares of paper. Upon each the artist has hand-written the individual names, ages and causes of death of Iraqi children whose lives were taken during the last few years during warfare. Adding beauty and further heartbreak, the backs of each scrap are printed with designs borrowed from artworks looted from the Baghdad National Museum. The work speaks elloquently about the idea of loss...loss of a generation and of a culture. There is an inescapable connection that Hall had made with each of the names. The papers they are hand-written on are like little post-it notes...They are little reminders we make to ourselves about items we need desperately to remember.

Mark Vallen presents "Child Of War", an intimate work which hinges greatly upon precision and delicacy. As a realist painter, he unerringly depicts a single face of a young boy bearing an expression of fatigue, betrayal and spiritual damage. Vallen's "Child of War" could belong to dozens of cultures, but the artist's timely statement reminds viewers about the specifically incomprehensible civilian death toll mounting in the Iraqi War. Mark Vallen's choice to create a painting in his polished traditional style (reflecting an admiration of Renaissance masters) provides the viewer no escape from the dedication and proficiency of the artist's hand or intent. Indeed, to linger so sensitively over the subtle value changes of the boy's nostril, cheek and lips implies a deliberateness that casual sketchiness cannot compete with. Thus, the boy is given the same respect that might have been lavished upon the portrait of a young royal Duke at the hands of fourteenth century German painter Albrect Durer. Questions of worthiness and status are cast aside.

Kathi Flood has offered a work honoring the soul of a young local boy who was swept away by storm waters. Through text, we learn that his rescue was hindered by the lack of effective equiptment by authorities. It was only through his loss that proper poles and extention devices came into use. The playful appearance of the installation disolves as viewers are coaxed to recall their own memories of rescues caught on home video which top breathless news reports each winter. 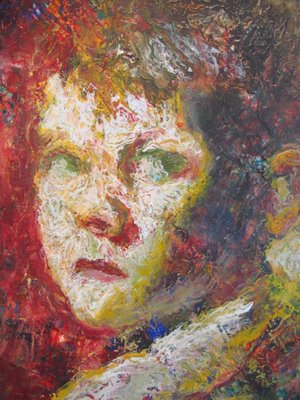 ["Portrait of a missing child" By John Paul Thornton]


As for my own offering,I included five portraits of missing children, along with the disposable "Have You Seen Me?" mailers that inspired them. I too find that my somewhat obsessive continuation of this body of work, (I have created nearly four hundred painted portraits of America's missing children) reflects a kind of compulsive devotion which links the ten artists in the show together. Thank you to the many viewers I met at the opening night who were moved by my work. Thank you also to Kathy Mas-Gallegos, the Director of Highland Park's Avenue 50 Studio for this show about art and courage.
Posted by John Paul Thornton at 12:21 AM

Messages From Another Time 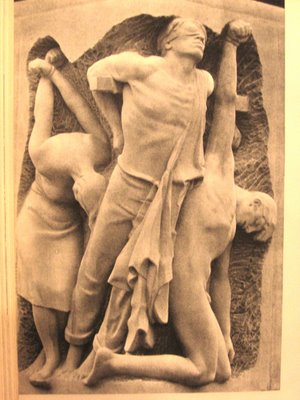 The spine of the old book was tattered, thick and covered with bold words:

I had to climb a ladder to retrieve it from the top shelf of the art section in a favorite used book store I frequent every time I’m in Hollywood. Some people go to health spas, or meditation retreats, or brothels. I go to used book shops. They are like temples to me.

Over the years I have obsessively developed a juicy art book collection containing an especially gorgeous array of rare folios on painting and drawing. I believe I have a keen sense about a book even from the look of it’s spine, and I still get a primitive thrill from the simple act of discovering such a book, especially when it is stuck high above my head on a shelf nine feet from the floor. There is a sense of locating a missing friend, or finding a piece of humanity’s great puzzle. This is my compulsion.

When the book was finally in my hands, I took in the feel of the worn canvas cover, the heavy water damage and even the aura of the book itself. ( Yes, books have auras.) Then I read the title on the spine again:

I opened the first pages, and found them all to be printed in what seemed to be...Yugoslavian. The publishing date was 1958. Like someone savoring the slow opening of a wrapped present, I thumbed past the text to the plates. What met me was image after image of human suffering, and strength in the face of dispair. I stood in the bookshop aisle for ten minutes, returning to the beginning page and assessing the prints with admiration and care. Paintings and sculptures of wounded soldiers, old women in kerchiefs, torn landscapes and huddled children filled the pages, affecting me with so many intense emotions. I had not expected this. The intimacy and often hurried appearance of the drawings gave testament to the fact that many of the works featured within the yellowed paged were dated 1942 through 1945. Obviously these were images created during the second world war.

Ah, I see you have found the book,” said the grizzled shopkeeper. He had been watching me carefully. “It takes a special someone to appreciate that one, and I have seen hundreds of people just flip through it’s pages and then jam it back in the shelf. But not you. You cannot put down.” He came around the counter and put on a pair of glasses that had been hanging from a tarnished chain around his fleshy neck.

I told him that I thought the book was incredible, and asked if he could give me some background about it.

“I think it translates as 'Yugoslavian painters and sculptors reflecting on the struggle of world war two'. It‘s a difficult book. Such images of sadness...and it‘s all still happening today, you know. You can still see these images on CNN. Sixty years have passed, and we are still learning this, over and over. Different countries, different people, same lesson. ”

For a third time, I flipped through the pages, while the two of us commented or drew a heavy breath at the sight of each of the two hundred and seventy paintings, sculptures and sketches from almost a hundred artists. Many of them dated from the height of the war years and seemed to have been drawn from actual observed scenes. Mesmorized, I bought the book.

I think of these artists as time travelers, sending their messages to our twenty-first century as a way of warning us, or at least linking us, to their own time of darkness and hope. The old book could be our own, and the words on the spine could be printed in countless languages.

I have included images taken from this remarkable find. I was distressed to think that these artist’s expressions were all but lost to the world, and that if the book had been neglected by me or had been ultimately discarded, the recording of their visions and feelings would be lost as well. When I purchased the book, it was for the memory of these artists, and to the communities and families that they depicted. They are us. They are the images of our own soldiers and mothers, children and grandparents.

These images may move you in their bleakness, or inspire you by their authenticity. They were made by forgotten Yugoslavian artists who would not close their eyes at what they saw. They did not ignore what they felt. They talk to us now, from across time. 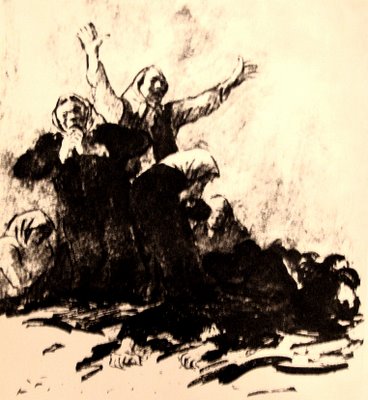 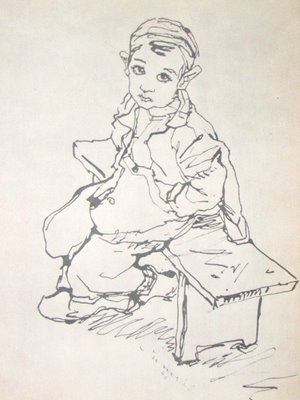 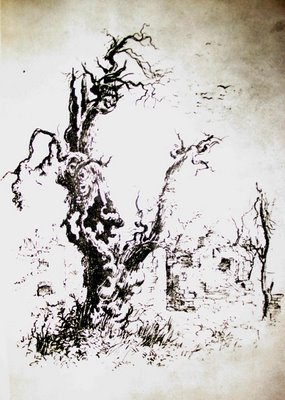 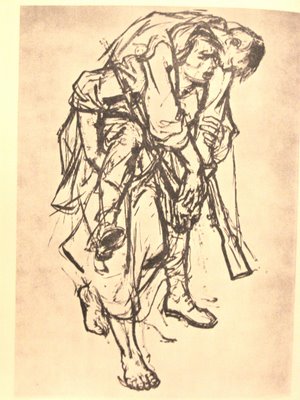 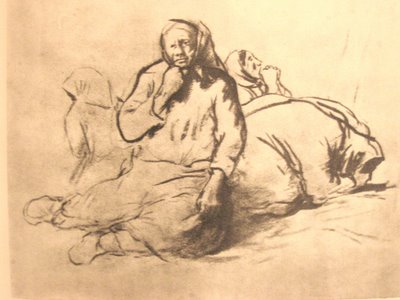 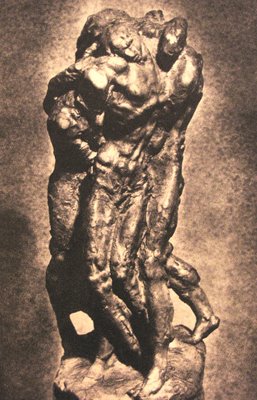 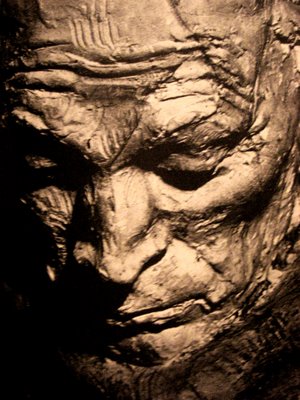 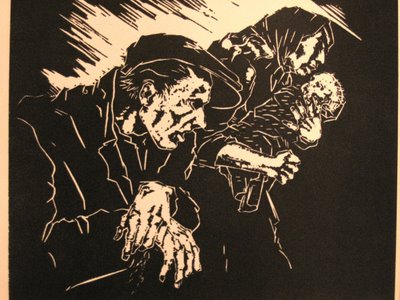 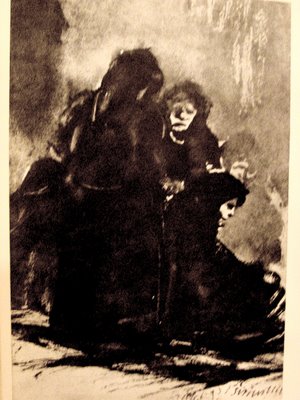 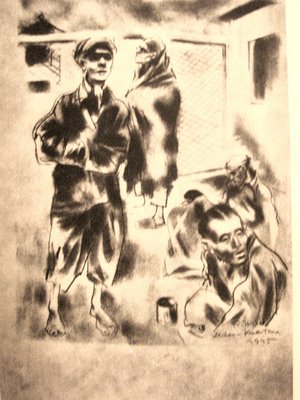 Take a moment to read about The Country and People of Yugoslavia.
All Images in this post are from "NOB U Delima Likovnih Umetnika Jugoslavije" Published in Belgrade, 1958
Posted by John Paul Thornton at 12:22 AM